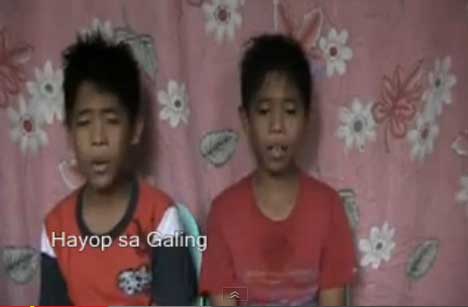 The twins’ cover song of Bruno Mars’ “When I Was Your Man” has already garnered more than twenty thousand views on YouTube and thousands more shares on Facebook.

It was reported that the Maluya brothers have excellent voice quality because they love to nibble fresh ginger roots.