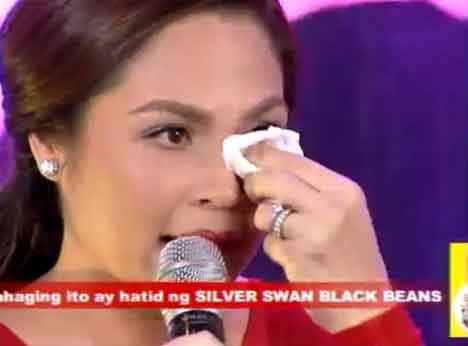 Juday’s teleserye “Huwag Ka Lang Mawawala” on Primetime Bida will be on its last week of airing starting Monday. Reports said her contract with ABS-CBN will also expire this month. These two reasons boosted speculations about her transfer to another network.

In a recent interview, the actress said she has not decided yet on her next move.

She admitted that there are offers from other networks, but doors for ABS-CBN “will always be open.”

“I will never deny the fact that ABS-CBN is my mother network, my mother station,” she said, according to ABS-CBN News.

Juday has also spoken about rumors that the upcoming teen romantic series “Got To Believe” starring Daniel Padilla and Kathryn Bernardo has something to do with the abrupt ending of her series. Earlier, there were reports that Kathniel fans were bashing her, spreading rumors that her show will be replaced due to low rating.

“Yung ‘Got To Believe’...sa totoo lang, ayaw kong mag-react sa isyu, sa kanila, kasi it’s a totally different thing. Pero sa tunay na salita, ‘yung ‘Got To Believe’ na teleserye has nothing to do with my decision. It was me and the management and pagbigyan natin ang mga bata, this is their moment to shine,” the actress said. “Ang sa akin lang I was gone for two years and gusto kong mamaalam sa teleserye ng taas noo.”

Meanwhile, a report aired on TV Patrol said Judy Ann Santos will return to ABS-CBN as host of “Bet On Your Baby” kiddie game show after taking a break.