By Admin
August 05, 2013Chito MirandacontroversylocalNeri Naignewsphoto scandalrelationshipsshowbiztopvideo scandal
Chito Miranda mulled of filing charges against people who leaked and shared the scandalous photos and video of him and his girlfriend. 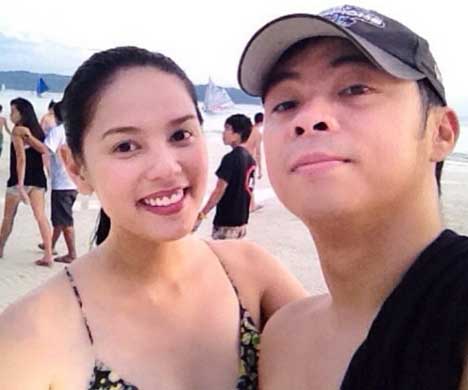 ABS-CBN News reported Monday, August 5, that Rommel Cajayon of Backbeat Management, which handles the singer’s career, sat with lawyers to talk about their plan to sue those who are responsible for the leak and circulation of the controversial video.

The video, which shows Chito and actress Neri Naig performing an act normally done by couples, is spreading in the internet like wildfire since Friday night. News about it broke out early Saturday morning.

On social networking sites, Chito apologized to his and Neri’s family, thanked supporters for prayers, and disclosed that a robber took his hard disk drive which contained important files, including the video.

Their respective families and handlers support their next move, the report said.