In a lengthy Facebook post, Alfonso claimed he was the one who entered Chito’s room and took some personal belongings of his “Dad.”

Screenshots of the post circulated online over the weekend. 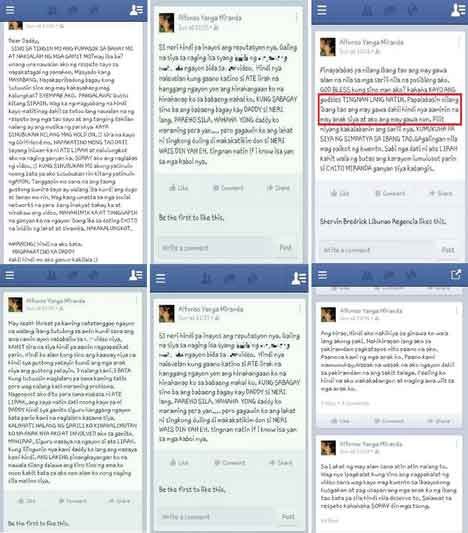 Days earlier, the singer tweeted that his room was robbed. He said among those stolen was his hard disk drive, where photo and video files were saved.

Chito’s alleged son uses the handle “Alfonso Yanga Miranda.” As of this posting, the authenticity of the account has not been verified nor confirmed. No one really knows if it’s real or fake.

The band vocalist immediately responded on Twitter. Chito Miranda denied he already has a child.