By Admin
August 13, 2013Cesar MontanoEntertainmentlocalrape casesexual abuseSunshine Cruztop
Did Cesar Montano rape Sunshine Cruz on Mother’s Day? The actress, who accused her husband of sexual abuse, has filed a case on Tuesday. 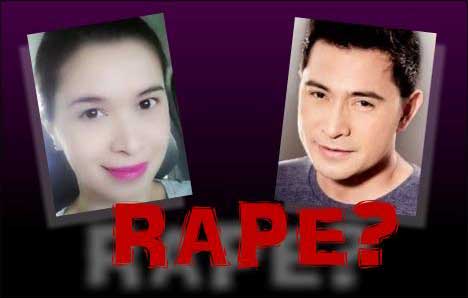 According to ABS-CBN News, Sunshine recalled that on May 12, Cesar allegedly “barged” into her residence, “where she was alone, and then violently attacked her, employed physical violence and raped” her.

On August 13, the actress was reportedly accompanied by her lawyer, Atty. Bonifacio Alentajan, at the the Quezon City Regional Trial Court in filing the case under the Anti-Violence Against Women and their Children Law.

Sunshine claims that Cesar, whom she describes as “a very domineering, philandering husband that demanded full submission and obedience,” committed —and still continues to commit— “acts of violence and verbal abuse against her and her three daughters,” the report said.

The actress has not seen their children for more than two weeks as she is allegedly denied access to them since July 29.

Earlier, the court granted Sunshine a temporary protection order, which prohibits Cesar to get near her within a 300-meter radius. She had already filed a petition to make it permanent, the report said.

As of this posting, the actor’s camp has not spoken about the allegation that Cesar Montano raped Sunshine Cruz on Mother’s Day.