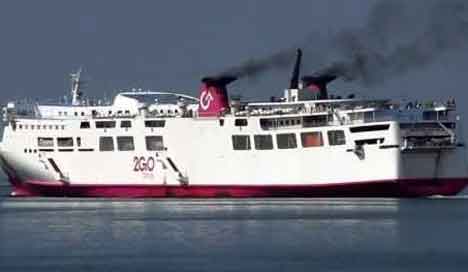 The Philippine Coast Guard (PCG) reportedly said 666 adults, 28 children, 58 infants and 18 crew members were listed in its passenger manifest. The names of casualties and those who survived and unaccounted for were not immediately disclosed.

Jun Tagud, president of 2GO Shipping Lines which owns M/V St. Thomas Aquinas, told ANC that the captains of both ships contacted each other by radio, but “the other ship did not shift to its proper lane.”

The ferry company said 25 people were killed and at least 757 have been rescued, while 59 others remain missing.

Sulpicio Lines has yet to tell their side of the story. Jordan Go, the company’s president and chief executive officer, in a phonepatch interview said they will hold off comments until the investigation is over.

Recent updates say many survivors were brought to hotels, some in port terminals, after a medical check up. Most of them also underwent DSWD-managed stress debriefing.

In a press conference with the PCG Saturday afternoon, transportation and communications secretary Jun Abaya said there are 660 passengers accounted for, 31 dead, and 171 others still missing.

Abaya added search, rescue and retrieval operations were suspended due to bad weather in the area.