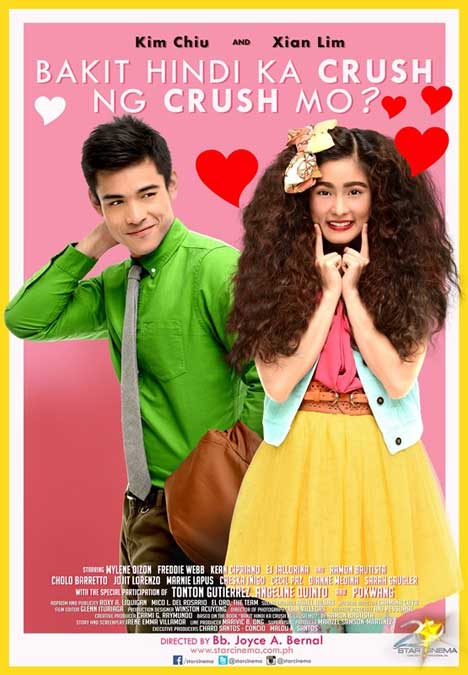 “Bakit Hindi Ka Crush ng Crush Mo?” is an adaptation of a novel by Ramon Bautista, the internet sensation-turned commercial endorser and actor. He’s also part of the cast.

In the film, Kim plays Sandy Veloso, a broken-hearted girl who works for Alex Prieto (Xian), who helped her turn into someone who’s worth loving.