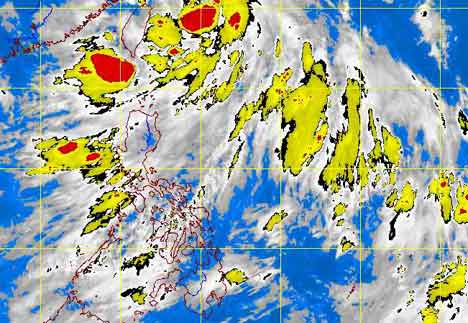 At 11am Wednesday, August 21, TS Maring was spotted at 500 kilometers East of Itbayat, Batanes with maximum winds of 105 kilometers per hour near the center and gustiness of up to 135 kph. It is forecast to move West Northwest at 20 kph.

No public storm warning signal has been raised.

Weather experts said the estimated rainfall amount is from 10 to 40 millimeters per hour (heavy to torrential) within the 500-km diameter of the tropical storm.

Bagyong Maring will continue to enhance the Southwest Monsoon that will bring moderate to heavy rainshowers and thunderstorms over Luzon particularly over the Western section, PAGASA said.

The weather agency advised fishermen, specially those using small seacrafts, not to venture out over the seaboards of Luzon due to the possible big waves generated by the enhanced Southwest Monsoon.