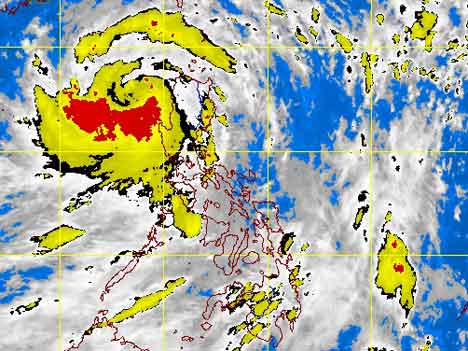 At 5pm on Monday, August 12, 2013, Labuyo was spotted 230 kilometers Northwest of Baguio City or 200 km West of Sinait, Ilocos Sur with maximum sustained winds of 150 kilometers per hour near the center and gustiness of up to 185 kph. It is forecast to move Northwest at 24 kph.

Labuyo will enhance the Southwest Monsoon which will bring moderate to occasionally heavy rains over Western section of Southern Luzon, Visayas and Mindanao.

Fishermen, specially those using small seacrafts, are advised not to venture out into the northern seaboard of Northern Luzon, seaboards of Southern Luzon and western seaboard of Visayas due to big waves, PAGASA added.