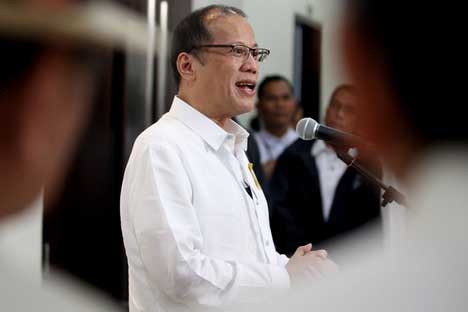 In a news release, Malacañang said Wednesday that the president plans to tap Lacson “as chief government anti-graft prober to look into and act on graft and corruption cases in the government.”

Aquino is expected to make a decision once the Office of the Executive Secretary is done with a relevant study.

The president pointed out that recent events affecting the country—flooding, the pork barrel scam, and collision of two ships in Cebu—hindered the possible appointment of Lacson, but said he will ask executive secretary Paquito Ochoa Jr. for an update.

“I will follow it up with the Executive Secretary dahil medyo matagal-tagal na ring pending ang proposal ni Senator Lacson,” the President said.

Representatives from the Ombudsman, Department of Justice (DOJ) and Commission on Audit (CoA), Aquino said, will comprise the Lacson-led task force.