Angel Locsin and Marian Rivera team up for 'secret' project

By Admin
August 23, 2013ABS-CBNAngel LocsinEntertainmentGMAlocalMarian RiveratopViral Photo
It seems impossible to see Angel Locsin and Marian Rivera together, but reports say they’re teaming up for a big, ‘secret’ project now.

Proof? The poster girls of rival networks ABS-CBN and GMA posed in a recent pictorial. 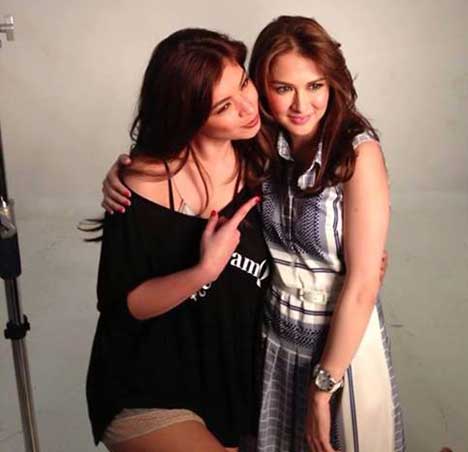 In the past, the Kapamilya and Kapuso networks have closed deals that allow their stars to make movies together.

It’s still unclear though whether the actresses are joining forces for a movie, a television show guesting, a series (there’s speculation that Marian will appear on Angel’s rumored ‘Darna’ remake), or a TV commercial.

In the absence of specific details, your guess is as good as mine.