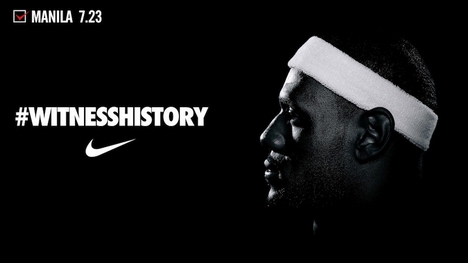 Team LeBron, composed of basketball standouts from the UAAP, was defeated by the Philippine national team 27-29.

The 28-year-old Miami Heat forward played with Team LeBron in the final 5 minutes of the Nike-sponsored fun match held at the SM Mall of Asia (MOA) Arena on July 23.

As shown in the embedded videos, LeBron had spectacular slam dunks but missed a shot that’s supposed to tie the game. According to the 4-time MVP, he missed the last two shots because his jersey was “too small.”

Despite their loss, LeBron enjoyed the game and even stayed a little longer on the court after it was over, to the amazement of his Filipino fans.