By Admin
July 21, 2013blind itemEntertainmentlocalMarian RiveraOgie Diazpregnancypregnanttop
Is Marian Rivera pregnant? The Kapuso actress has been rumored to be carrying the child of actor Dingdong Dantes, her longtime boyfriend. 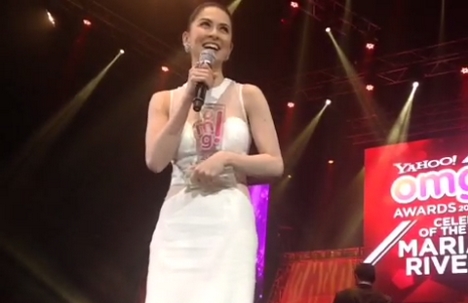 It was TV host-comedian Ogie Diaz who started a blind item about a pregnant actress whose initials are “M.R.,” the apparent list includes Maricar Reyes, Mariel Rodriguez and Marian.

The issue, which the actresses denied, became a trending topic on social networking sites these past days.

She said her alleged pregnancy is just an old issue that’s being recycled.

Despite her denial, the actress, who was named ‘Celebrity of the Year’ in the recent Yahoo! OMG Awards, admitted that she’d like to get pregnant and become a mother at the right time.