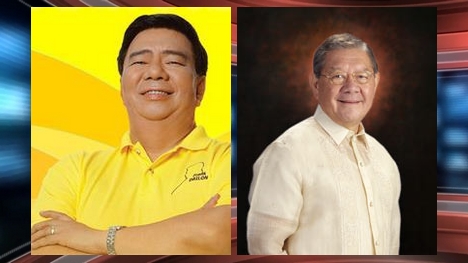 Drilon, 67, took oath as new Senate President minutes after election. It was Senator Bam Aquino, the youngest senate member, who administered his oath of office.

On the other hand, majority of congressmen opted for Belmonte, 76, to continue his speakership in the lower house. Representative Ronaldo Zamora, the losing nominee, became the minority leader.

The separate elections took place at the opening of the respective inaugural sessions in both chambers before noontime Monday, July 22, 2013.

Here’s the full text of Drilon’s speech delivered at the opening of the First Regular Session of the 16th Congress:

ON THE PATH TO INCLUSIVE AND SUSTAINABLE DEVELOPMENT

I stand before you, honored and humbled by your trust and confidence in me. It is indeed a great privilege to lead, for the fourth time, this august chamber.

Today, the Senate is making history in the 16th Congress. Half of its members are below 50. A quarter of the members are ladies. This is the first time that this extraordinary membership happened since the Senate’s creation. This ensures that the issues and concerns of women, and of the younger generation, will be given more focus and consideration.

The interesting blend of personalities, professional backgrounds and affiliations, is a positive sign towards crafting laws that would address the structural deficiencies of our economy, the weaknesses of our political system and the ills of our society. We should expect healthy, stimulating and enriching debates in the days ahead, as we buckle down to work and look into different issues from different perspectives.

When I look at our new Senators, I see idealism etched all over their youthful faces. I encourage our young colleagues to bring in fresh ideas to the floor, and never hesitate to seek counsel from senior members.

My dear colleagues. As we start our work today, Juan dela Cruz will ask us: “What is the relevance of the Senate in my life?” Ang tanong ng taumbayan: “Ano ba ang kinalaman ng Senado sa aking buhay?”

It saddens me that ordinary folks think that the Senate is a debating club, which only serves the wealthy, educated and powerful class, and is not mindful of the economic difficulties they are facing. Let us make it clear that we debate because it is only through a vibrant exchange of ideas that we can craft the best laws for economic development and social protection that would spur massive job creation. Ladies and gentlemen of the Senate, now, more than ever, we have to collectively work harder to craft laws that would have a positive impact on the lives of our people.

We must be a sensitive and responsive Senate. A Senate that feels the pulse of the people. A Senate that is tireless in pursuing reforms to propel our beloved country to greater economic, political and social heights.

But more important, we should be a critical thinking Senate. Debates are good; and we encourage that because the well-crafted laws are the ones that have been debated lengthily and passionately.

In the past three years, the Philippines emerged from being the sick man of Asia, to being a darling of the international finance community. But we have to make the glowing growth figures, investment grade status and the rosy economic picture more meaningful to every Filipino man, woman and child.

We rejoice at the improved investor confidence because of the government’s seriousness in pursuing good governance. However, we must continue to explore ways to enable the poorest of the poor see a remarkable improvement in their lives.

We must address the cold hard facts of a non- inclusive growth. Notwithstanding the great strides we have made, particularly on our economy, the fact remains that as of April 2013, the unemployment rate is 7.5%, while underemployment is 19.2%. The agricultural sector employs more than a third of our labor force, yet agricultural workers are among the lowest paid. Thus, the non-inclusive growth.

During the 15th Congress, we have passed the Sin Tax Law which is expected to generate an additional P248.5 billion in revenues in the first five years from 2013 to 2017, of which P34 billion is expected to be realized in 2013. The incremental revenues will be earmarked for health programs that will include enrolling the poor into the universal healthcare program and upgrading of hospitals and other healthcare facilities. With that, Juan de la Cruz can look forward to quality medical and health care.

Moreover, we continued and even increased the budget for the Conditional Cash Transfer Program to help 3.8 million poor households improve their health, nutrition and education especially of children aged 0-14. The 2013 national budget prioritizes public service, job generation, education and health.

For the past three years, we passed the national budget on time, thus enabling the timely construction of much needed school buildings and infrastructure support.

However, we all know that we need to do more. While we are proud of what we have done for the poorest of the poor during the past Congress, we are also aware that we are racing against time.

We start by building on our gains. We may have achieved so much in three years, but there is more we can do. We must improve the economic landscape to spur investments and set off massive job creation. We must strengthen the manufacturing and agriculture sectors, which employ most of the people in the lower rung of the economic ladder. Let us walk a mile more, and further stimulate the economy to generate employment.

We must address the major impediments to economic development, such as the high cost of energy. The constant power interruptions, especially in Mindanao, affect our chances of attracting much-needed investments. We all know that economic development is a potent antidote to the poverty-induced bloody conflicts in the South.

We must ensure that our poverty reduction strategy is anchored on the principles of social protection and economic inclusion, human rights, transparency and accountability, environmental protection. Moreover, we must not discount the pressing challenges of our time such as climate change and natural disasters, economic and financial crises in the regional and global level.

We will recommend to our colleagues in the Senate as our legislative agenda the following important measures meant to create an environment that will further strengthen our economic fundamentals and boost employment. These include the following: The Rationalization of Fiscal Incentives; The Rationalization of the Mining Fiscal Regime; Amendments to the Build-Operate-Transfer (BOT) Law; The Tax Incentives Monitoring and Transparency Act (TIMTA); and The Removal of Investment Restrictions in Specific Laws cited in the Foreign Investment Negative List (FINL).

Also on the list of recommended priority measures are the following: The Amendments to the Charter of the angko Sentral ng Pilipinas; and enacting the National Land Use Act.

Faster disposition of cases in our courts is key to restoring our people’s confidence in our justice system. It will also underscore our seriousness in pursuing the path of good governance. Amending the Ombudsman Act and the Sandiganbayan Law to ensure the speedy resolution of 2,600 cases currently pending with the anti-graft court will be a good start.

My esteemed colleagues. Let us not forget that this is the Senate of the Filipino people. The welfare and general well-being of our people are our priority. We must work harder to provide them with opportunities and choices to enable them to live with dignity and honor.

As lawmakers and representatives of our people, we must ensure that the Philippine story is the story of inclusive and sustainable development, and lasting peace.

That no Filipino will be left behind. That each man and woman on the street, regardless of economic status, social background, religion and affiliation will experience a remarkable improvement in his/her life. And that the poorest and marginalized will be able to live self-sufficient and productive lives.

Finally, we recognize that the events in the past months have affected the perception of the people on the Senate. The institution has been affected. It thus becomes our individual and collective obligation to bring back the confidence of the people into this vital institution of democracy. And the only way to do this is to work harder and to show to our people that we deserve their mandate and trust.

Now, more than ever, we must transcend political differences and focus on these challenges. We must think of innovations and solutions.

My dear colleagues. Let us do our share in nation building. Our people expect more from us. Let us not fail them.