By Admin
July 26, 2013Angel LocsinEntertainmentlocalonline votingpollstop
Angel Locsin has been nominated at Pinoy Edition blog’s “99 Most Beautiful Filipinas” poll for 2013 along with other Kapamilya stars. 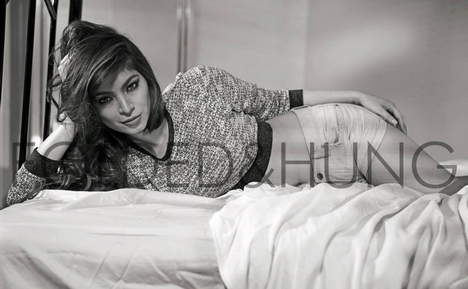 Voting started last July 4 and will end on August 8. The blog says announcement of winners will be on August 9, 2013.

Fans can vote using several platforms including Instagram, Twitter, Facebook, Poll Daddy and the sites’ own rating system. What makes it unique is that haters can also dislike a nominee using a thumbs down button.

Angel, who was named “Actress of the Year” in the recent Yahoo! OMG Awards, earned 341 thumbs up and 609 thumbs down as of this posting, but the rating is expected to improve once votes from social plugins are counted.

Followers and fans of Angel Locsin can vote for her on this webpage.

Besides the multi-awarded actress, the hottest contenders for the top spot so far are Anne Curtis, Marian Rivera, Sam Pinto and Kim Chiu as well as other female artists from rival networks GMA, TV5 and ABS-CBN.