By Coolbuster
June 17, 2013jobs and careerslocalnewsprcrespiratory therapist
The country’s first Licensure Exam for Respiratory Therapists (LERT) will be conducted in Manila on October 29-30, 2013, the Professional Regulation Commission announced Monday. 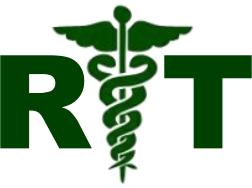 The announcement came after the Board of Respiratory Therapy approved on June 10 its Resolution No. 4 amending PRC Resolution No. 2012-701 or the Adoption of a Master Schedule of target dates of activities for year 2013 licensure examinations.

The resolution paved way for the scheduling of the Respiratory Therapist licensure exam.

The enactment of Republic Act No. 10024, otherwise known as the “Philippine Respiratory Therapy Act of 2009” and the effectivity of its Implementing Rules and Regulations (IRR) on January 22, 2013, regulated the practice of the said profession by requiring all practitioners to undergo a Respiratory Therapist board exam, the PRC explained.