By Admin
April 06, 2013Everglades National ParkfeatureFloridaglobalnewsrescueScott Schrecksearchsurvival tips
A missing family has been found alive and safe after they were stuck north of Everglades National Park, an area that spanned about 1,000 square miles and is covered by tall, sharp-edged sawgrass and cypress trees that limit visibility. 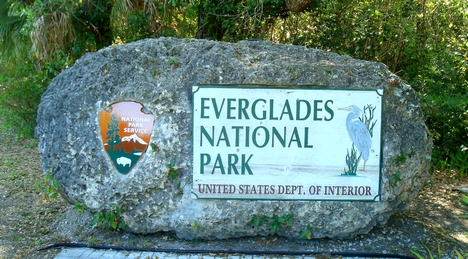 An Associated Press report tells us that the vacationers are from Seville, Ohio. They were riding an airboat and ended up spending the night in the Florida Everglades after the 44-year-old father, Scott Schreck, took a wrong turn that brought them into the wilderness.

Stuck with Schreck was his 42-year-old wife, Carrie, and their three children. The family enjoyed fishing for bass and taking photos of alligators before they got lost, the report says.

While their borrowed boat was trapped, Schreck, a professional golfer, built a makeshift shelter and did everthing he can to ensure his family’s safety and to keep members in good condition. Fortunately, they reportedly had plenty of food and water. The kids slept but the parents didn’t.

The family was first spotted by a helicopter who led the search teams, composed of personnel from law enforcement, fire rescue and wildlife agencies, to the area. Choppers, planes and at least six airboats were used during the entire search and rescue operation.

Rescuers, the report says, heard the family making noises by blowing whistles and an air horn.

“We weren’t able to see them, we were only able to hear them,” said Jorge Pino, spokesman of the Florida Fish and Wildlife Conservation Commission, according to the report.