By Admin
March 25, 2013investmentlocalMarcos wealthNBInewson the moneyScams
A new investment scam was uncovered by the NBI recently. The National Bureau of Investigation said the victims were allegedly offered shares of the ‘Marcos wealth’ amounting to billions of dollars. 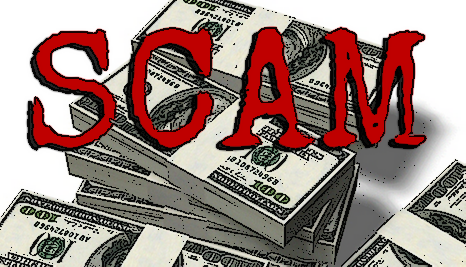 Read the following NBI press release for you to be able to avoid getting victimized by these unscrupulous swindlers:

The National Bureau of Investigation (NBI) recommended the prosecution of two suspects who claimed to be caretakers of the Marcos assets. The suspects demanded money from 81 individuals to have share of the Marcos wealth.

Investigation by the NBI disclosed that in January 2012, Destura and Cantos introduced themselves to complainants as caretakers of the assets of the late President Ferdinand E. Marcos, which amounted to billions of dollars. The suspects talked them into investing in their company called Bullion Buyers Limited with office address in China, if they wanted to avail, claim, or share the said wealth of Marcos.

Further, suspects persuaded them to recruit more members nationwide so that accordingly, by numbers, they have their strength as claimants of the Marcos’ wealth and could have more share in the company.

The prospects of gaining wealth through the persuasion of the duo, complainants/victims, mostly from Binmaley, Urdaneta, Lingayen City, Rosales in Pangasinan, and in Paniqui, Tarlac, found their offer irresistible in joining their company.

Suspects demanded P2,000 from each investor in exchange for a Deed of Assignment stating that after 30-banking days, they would receive their share of the Marcos’ wealth or properties amounting from P5 million to $5 million. However, after the lapse of the given time and despite several demands, Destura and Cantos failed to fulfill their promise and nowhere to be found.

Hence, complainant Remedios Salango, and 80 others trooped to the NBI and sought investigative assistance.

Although, initially, nobody knew their whereabouts, verification with NBI files disclosed their addresses in Parañaque City and Fairview, Quezon City. Subpoenas were sent to them but failed to honor the same.

Subsequently, on March 19, 2013, cases were submitted for preliminary investigation for Syndicated Estafa against the suspects before the Office of the Provincial Prosecutors of Tarlac, Urdaneta, and Lingayen, Pangasinan.