By Admin
March 30, 2013Aga MuhlachBicolblastCamarines SurCamSurexplosionlocalnewspoliticsspeed boat
The speed boat of Aga Muhlach exploded in Camarines Sur over the weekend. According to ABS-CBN News, one person was hurt in the explosion on the high-speed motorboat owned by the actor-politician. 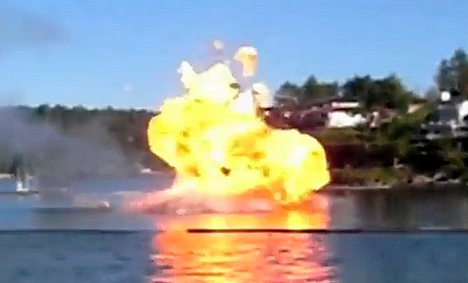 The lone victim is the water vehicle’s driver who sustained injuries from the blast that took place Saturday morning in Caramoan town, approximately 95 kilometers from Pili where the provincial capitol and the Naga Domestic Airport are located, and about 110 km east from Naga City, the heart of the Bicol region.

Reports said police investigation is underway to determine the cause of the explosion and whether or not it was only an accident.

Members of his family nor Muhlach, who is running for congressman in the 2013 local election in his bid to represent CamSur’s fourth district, were not present during the speedboat explosion.