By Admin
February 24, 20132013Chronicles of RiddickEntertainmentfeaturefilmglobalmovieRiddickVin Diesel
American actor, director and producer Vin Diesel has posted on his Facebook account a photo from his upcoming sci-fi movie which shows him sitting on a thrown, thinking deeply. 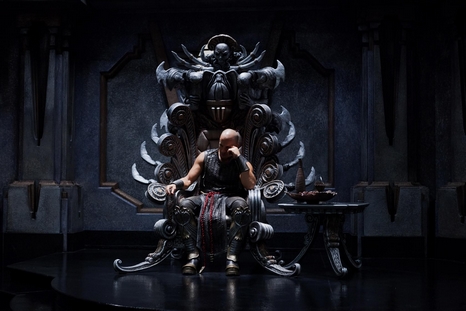 The caption reads: “It has been 9 years since the Chronicles of Riddick was released... all along I knew I would eventually have to return to that dark place, the mind of an Alpha Furyan...”

Written and directed by David Twohy, ‘The Chronicles of Riddick’ was released in June 2004 while the still untitled sequel is targeted for a September 6, 2013 release.

A synopsis from IMDB and Wikipedia tells us what the film is about:

“Left for dead on a sun-scorched planet, Riddick finds himself up against an alien race of predators. Activating an emergency beacon alerts two ships: one carrying a new breed of mercenary, the other captained by a man from Riddick’s past.

Bounty hunters from throughout the galaxy descend on Riddick only to find themselves pawns in his greater scheme for revenge. With his enemies right where he wants them, Riddick unleashes a vicious attack of vengeance before returning to his home planet of Furya to save it from destruction.”


As of September last year, the title of the third installment was listed as ‘The Chronicles of Riddick: Dead Man Stalking.’