By Admin
February 17, 2013anti-gay churchfeatureFirst Baptist DallasfootballglobalLGBTNew York JetsNFLPastor Robert JeffresssportsTim TebowUnited StatesWashington DC
Tim Tebow, football quarterback for the New York Jets in the NFL, is scheduled to speak at a worship service in First Baptist Dallas, a church said to be anti-gay after its senior pastor spoke against members of the LGBT community. 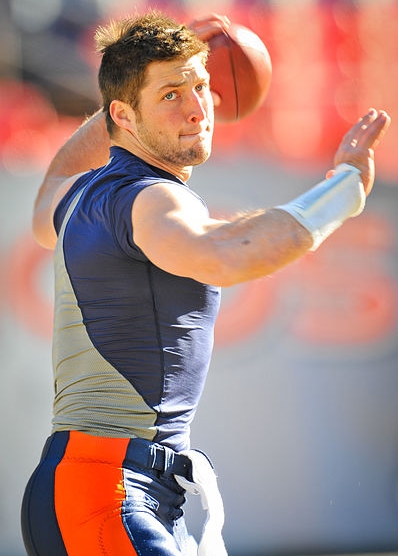 The church, led by Evangelical pastor Robert Jeffress, announced on their website that Tebow will be their “special guest” on April 28.

In October 2011 at the Values Voters Summit in Washington, D.C., Jeffress claimed that “70 percent of the gay population” has AIDS. He made the statement when asked about the issue of homosexuals serving in the U.S. military.

“It’s a fact that it’s a gay disease so there’s a reasonable reason to exclude gays from the military,” Jeffress said, according to ThinkProgress.

Tebow is undeniably a devout Christian, but is it a good move for him to speak before members of the so-called anti-gay church?