By Admin
February 09, 2013EntertainmentfeatureglobalLos AngelesmusicSelena GomezUnited StatesViral Video
Selena Gomez has pulled a dangerous stunt at LAX by letting three die-hard fans into her SUV. Industry observers criticized her move saying it was wrong and would create an impression that fans could just easily swarm her car now that the news has spread worldwide. 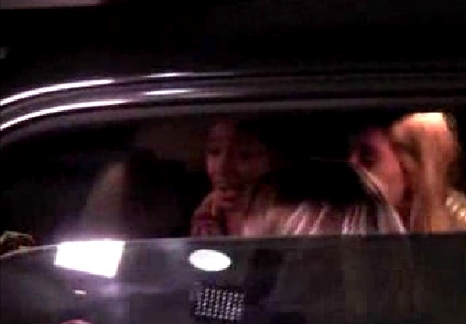 Selena’s fans wanted to get an autograph and take photos with her, but the singer-actress allowed them to get inside her vehicle, defying security protocols.

Reports said her bodyguard tried to get in the way but Selena has given the girls consent to be with her for a brief period before dropping them off a few terminals away.

It can be recalled that Selena received numerous death threats in the past including one from a mentally unstable man who was arrested for stalking the pop star.

Was that stunt really dangerous or Selena was just being nice to her fans?