By Admin
February 13, 2013featureglobalMark BalelonewsReality ShowStorage Wars
Mark Balelo, star of the reality television series “Storage Wars” on the A&E Network, has died two days after being released on bail from drug charges. According to TMZ.com, the cause of his death was carbon monoxide poisoning. 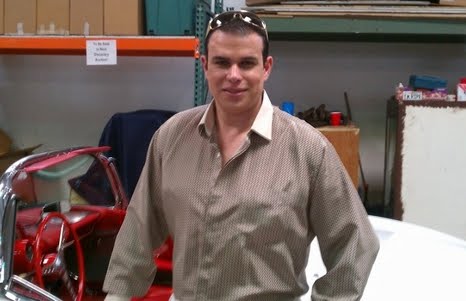 Balelo was arrested Saturday on suspicion of possession of methamphetamine. He allegedly committed suicide at his auction house in Simi Valley, California on Monday, February 11.

The businessman, who according to Wikipedia earned the name “Rico Suave” for his tendency to dress in fancy clothes at storage auctions, was reportedly depressed when he got out of jail. He even asked his fiancée to be with him. She came over and had a conversation before Balelo took a nap.

Balelo’s fiancée, TMZ says, left him at his office Sunday night. His lifeless body was found by an employee Monday morning. An autopsy is set for Wednesday, according to the report.

Balelo appeared four times on the show’s second season, in the episodes “Enemy of The Enemy,” “Fire in The Hole,” “San Burrito,” and “Buy Low Sell High.” He also appeared in the “More Like Wrong Beach” episode during the third season.