By Admin
February 19, 2013firelocalManila Film CenterMMDAnewsPasay City
A fire has occured Tuesday night at the back of Manila Film Center, a national building located at the southwest end of the Cultural Center of the Philippines complex in Pasay City, according to breaking news reports.

The Metropolitan Manila Development Authority (MMDA) posted on Twitter that as of 7:22 p.m., the blaze reached 5th Alarm.

FIRE UPDATE: As of 7:22 PM 5th Alarm at the back of Manila Film Center near SOFITEL Pasay #mmda

The Manila Film Center once served as the main theater for the 1st Manila International Film Festival. The building has become controversial and a subject of ghost stories after an accident took place during the final stages of its construction in 1981. 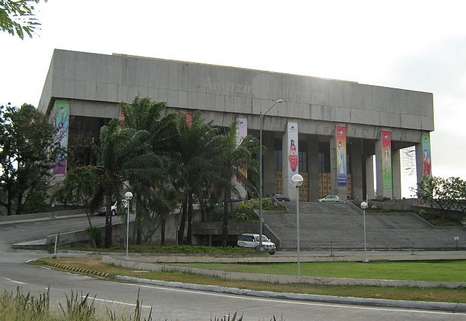 At the time, a scaffolding collapsed causing at least 169 workers to fall and get buried under quick-drying cement. There were speculations that some of the workers were buried alive due to the nine hours that passed before rescuers were allowed to enter the site. However, a 2005 GMA i-Witness-produced documentary reportedly revealed that not more than a dozen died.