By Admin
February 20, 2013ABS-CBNEntertainmentLea SalongalocalmusicReality ShowThe Voice of Philippines
Former Miss Saigon star Lea Salonga has confirmed Wednesday that she is one of the judges/coaches of ABS-CBN’s upcoming reality singing search ‘The Voice of the Philippines’. 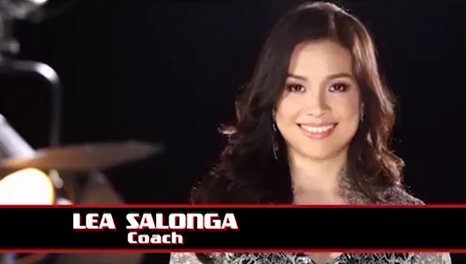 It's official: I am a coach on THE VOICE OF THE PHILIPPINES! I wonder who coach #4 will be. @thevoiceph
— Lea Salonga (@MsLeaSalonga) February 19, 2013

Dubbed as “The Voice that Conquered the World” on a teaser video, Lea will join “The Voice of Pop” Sarah Geronimo and “The Voice of Rock” Bamboo Mañalac on the show.

The announcement came after rumors that Lea was excluded in the judging line-up because she had already signed on with ‘Kanta Pilipinas,’ also a singing search on ABS-CBN’s rival network TV5, spread widely on social networking sites.

However, the teaser clip released by the Kapamilya network earlier this week shows a woman whose physical features are similar to Lea’s.

A new promotional video confirming the Broadway Diva’s inclusion on the show was first aired during Wednesday’s episode of the primetime series “Juan Dela Cruz.”