By Admin
February 03, 2013A Moment In TimeABS-CBNCoco MartinEntertainmentJulia MonteslocalStar CinemaThe Buzz
Kapamilya teen star Julia Montes will be celebrating her 18th birthday on March 19, 2013. The lucky guy who was chosen to escort the actress as she gets formally and officially introduced into society as a young woman is no other than her loveteam partner, Coco Martin.

Julia made the revelation on ABS-CBN’s “The Buzz” on Sunday, February 3, after someone from the live audience brought it up.

“Opo si Coco...‘wag nating pag-usapan baka maudlot,” the young actress said with a smile when she was pressed by the show’s host, Toni Gonzaga, about it. 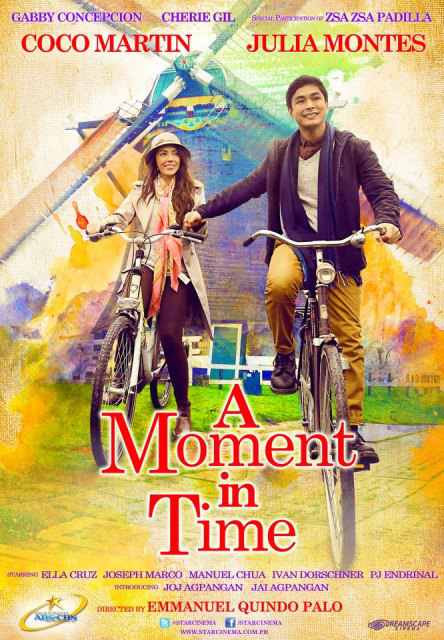 Julia and Coco topbill the upcoming romantic movie from Star Cinema, “A Moment In Time,” which was shot in Amsterdam and other cities in Paris. It’s the tandem’s first movie together after their hit television series “Walang Hanggan” which rave reviews called ‘phenomenal’.

The film is set to be released nationwide on February 13.