E! News posted a screenshot of the controversial tweet, which the 26-year-old ‘Easy A’ actress immediately deleted after getting negative reactions from some of her followers on the micro-blogging site. 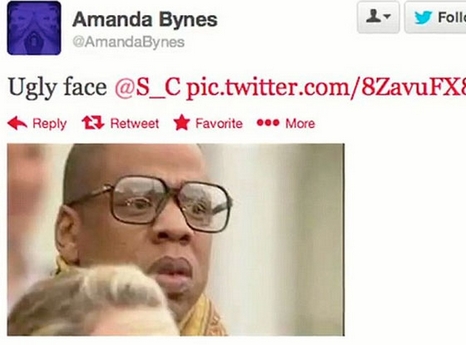 Reports said the former Nickelodeon star has been making headlines lately due to her erratic behavior and trouble with law. She has been arrested for driving under the influence and charged for two hit-and-run incidents.

None of Bynes’ fans can figure out why she tweeted that insult versus Jay-Z. As of this posting, her camp has not released an official statement regarding the issue.