De Lima said the NBI has secured an eye witness who can pinpoint the suspect, but she declined to name him.

“I was asking if I can share that with media na, huwag na muna daw...may tinutukoy na, kino-confirm lang,” she told reporters. 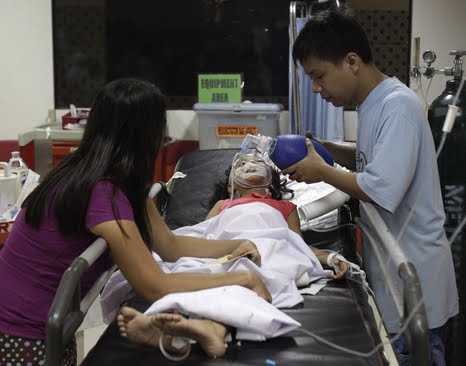 NBI agents are now monitoring the suspect’s movements so he could be nabbed and face charges filed against him once established. De Lima said the possible shooter must undergo due process.

Nicole was watching a fireworks display with relatives outside their residence on New Year’s Eve when a stray bullet hit her head. She died at the hospital two days later.