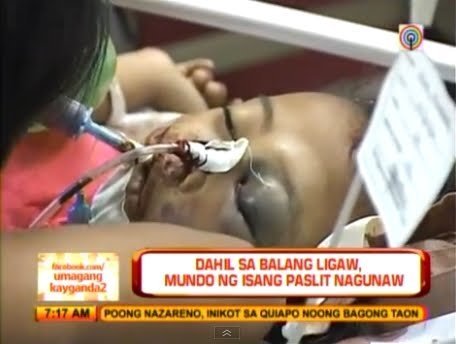 Ella was watching a fireworks display outside her home in Malaria district, Caloocan City when a stray bullet hit her in the head. Her family rushed the victim to the hospital. She was comatose after the incident and died two days later. Ella was only 7 years old.

The Filipino nation is mourning her death and so is the Aquino government, a palace official said.

“Today, our nation comes together in grief.

Together with the Filipino people, we extend our deepest sympathies to Stephanie’s family. No one should experience the overwhelming heartbreak that her family is now enduring, especially during a season of celebration and hope.

This tragedy is a sobering reminder of how a reprehensible act from a thoughtless individual can rob our people, particularly our children, of their futures. For such a promising life to be lost in such a senseless way puts the burden on all of us to make certain that this tragedy is not repeated.”

Malacañang urged Filipinos to engage in celebrations in a responsible and safe manner.

Here’s a video of a report on ABS-CBN’s morning show “Umagang Kay Ganda” several hours before Ella succumbed to injuries.