By Admin
January 21, 2013EntertainmentGMAKapusoRichard GutierrezSarah LahbatiSeductionshow businessshowbiz
Kapuso actor Richard Gutierrez has refuted rumors that his girlfriend Sarah Lahbati is pregnant after she left the Philippines for Switzerland recently.

Richard, who stars in the upcoming movie “Seduction,” told Yahoo! OMG! Philippines that he wants the pregnancy issue be put to rest. The rumors about “a baby bump and others,” he said, are “baseless” and “best ignored.” 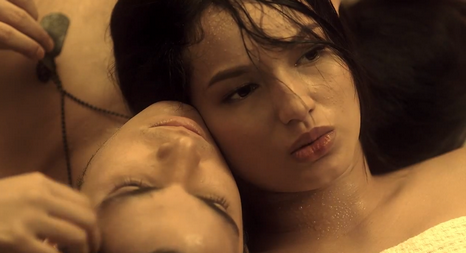 With study as the reason, his girlfriend left the country despite her pending cases. The Swiss-Filipino actress is currently facing multiple court cases for disloyalty and breach of contract with GMA Network.

Richard reportedly said he fully supports Sarah, but admitted he’s “caught in-between” as GMA-7 is also close to his heart.

The Kapuso leading man, who’s celebrating his 29th birthday on Monday, January 21, was apparently trying to avoid talking about being a freelancer after the feud between Sarah and GMA escalated, saying it is “not the right time” yet.

Well if that happens, Richard may transfer to ABS-CBN or TV5. That would be a big story.