Matt Damon kissing scene with Michael Douglas in 'Behind The Candelabra'

By Admin
January 29, 2013Behind The CandelabraCatherine Zeta JonesEntertainmentglobalHBOLiberaceMatt DamonMichael Douglas
Matt Damon has a kissing scene with Michael Douglas in the upcoming HBO bio-pic “Behind the Candelabra,” Steven Soderbergh’s film based on the book about the famous American pianist and vocalist, Wladziu Valentino Liberace. 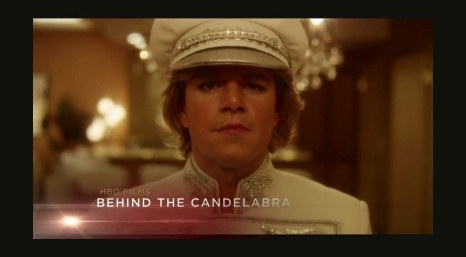 In the movie, Michael plays the legendary performer and Matt as his young lover Scott Thorson.

Reports said when a scene required both actors to lock lips, Matt closed his eyes and imagined he was kissing Michael’s wife, actress Catherine Zeta-Jones. The latter in an interview said she was “extremely flattered.”

That comment made social media users crack some jokes on the couple including one that says “...when she kisses Michael, Catherine imagines he is Matt.”