By Admin
January 23, 2013ABS-CBNanger managementBukas Na Lang Kita MamahalinEntertainmentGerald AndersonlocalMaricel SorianoOfficial StatementStar Magic
ABS-CBN has issued a statement on Gerald Anderson amid the rumored rift between him and Diamond Star Maricel Soriano that started during the taping of a teleserye. 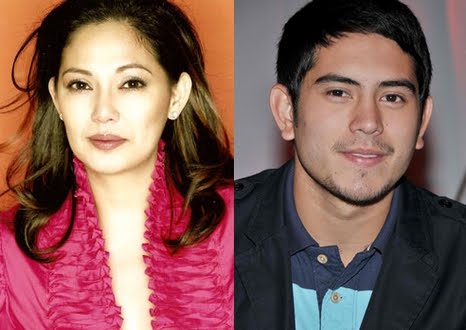 Reports said the “unpleasant incident” took place during the first day shooting of “Bukas Na Lang Kita Mamahalin.” Before walking out of the set, Maricel apparently got irritated and shouted at Gerald when the actor wasn’t able to deliver his line properly.

This reportedly prompted both ABS-CBN and Maricel’s management to exclude the latter in the series. The Kapamilya Network’s talent management arm has issued an official statement regarding Gerald.

“Star Magic has the utmost confidence not only in Gerald Anderson’s exceptional ability as an actor, but also in his unassailable personal character and professional behavior. The incidents that led to the removal of Maricel from Gerald’s latest telenovela were not provoked or instigated by Gerald in any manner.”

Gerald’s camp reportedly said the actor tried to talk to Maricel, but was not able to appease her. Gerald cried according to unverified reports.

According to a report on ABS-CBN’s morning show “Umagang Kay Ganda,” Maricel’s camp said the actress has not been able to get over with her mother’s death and will undergo an “anger management program.”

Both of them are expected to be interviewed on “The Buzz” to air their sides.