At one point during her show, the controversial performer stepped on stage sporting a black bra decorated with two fake plastic assault rifles.

Reports say she first used the props during her Rolling Stone cover shoot in 2010. 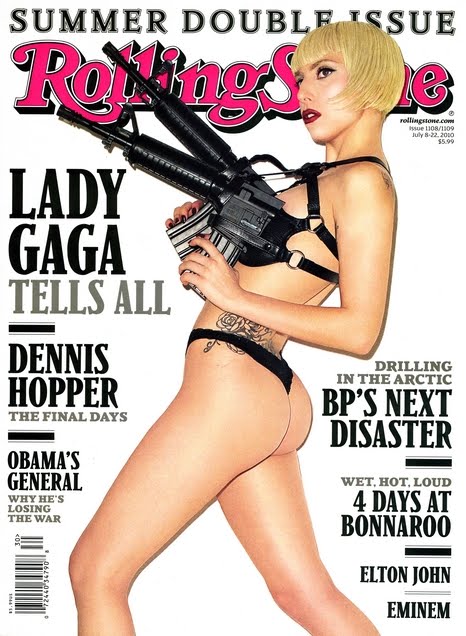 Lady Gaga, who’s known to express art through her fancy wigs and wardrobes, is no stranger to controversies, but the timing of her wearing a gun bra, amid the issue on gun control as the Sandy Hook Elementary School shooting in Newtown, Connecticut marks its first monthsary, is being questioned.