By Admin
January 18, 2013AlgeriaDepartment of Foreign AffairsDFAhostage crisislocalMalacañangnewsOFWOverseas Filipino WorkerPhilippines
The Philippine government is verifying reports that some of the hostages killed in the rescue mission that turned into a tragedy at a natural gas plant in Algeria were overseas Filipino workers.

In a press conference in Malacañang, Deputy Presidential spokesperson Abigail Valte said they received information that there were casualties in the ongoing military operations in Algeria following this week’s kidnapping incident. Some of those killed were Filipinos.

Valte however said the Philippine post in Tripoli, Libya which has jurisdiction over Algeria, is still verifying the report.

“After we are able to confirm if indeed some of the casualties were Filipino nationals, the post in Tripoli will be working to get their immediate details to determine their status in that particular country so we can extend all the assistance that is necessary to them and to their loved ones,” Valte said. “That involves notification or assistance for repatriation if their employers are not on hand to do it. We are ready to extend the full assistance.” 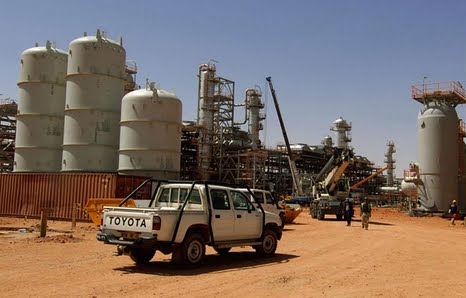 It was reported that two Filipinos died in the Algerian hostage incident. Valte said the Palace is waiting for reports from the Department of Foreign Affairs who has tasked its post in Tripoli to verify the incident.

As some governments have expressed their concerns over how Algerian government handled the situation, reporters asked Valte if the Philippines will join other countries push an inquiry to know how the operations were done.

Valte said that at present, the primary concern of the government is to verify the status of the Filipino nationals who were part of the hostage-taking incident.

Asked if the Philippine government advised Filipinos in Algeria to stay indoors to remain safe, Valte said such precaution would be part of the assessment that will be made by the DFA.

“We will leave it up to the post and to the DFA to come up with a recommendation whether they will ask the Filipinos there to avoid unnecessary travel at the moment,” she said.

In a press conference, the DFA said it received reports that there were at least 16 Filipinos at the plant when the incident happened. One of them has reportedly escaped with a Japanese co-worker before the rescue operation took place.

This week, Islamist militants abducted an undetermined number of hostages including Westerners at a gas plant in a remote section of Algeria.

The Cable News Network (CNN) reported that Algerian forces launched military operations upon noticing that the kidnappers have started to move their hostages toward a neighboring country.

Numerous casualties were reported following Thursday’s military operation by the Algerian forces. Reports said the offensive is continuing on Friday to free the remaining hostages.