Fantasia says her gay marriage comment was 'taken out of context'

The 28-year-old singer posted on Instagram a photo with the caption that reads “I Rise ABOVE IT ALL!!! THE WORLD IS GONE MAD. KIDS, THE GOVERNMENT THE church House... Everybody Trying!!!!!!!" the American Idol winner wrote. "Its a lot that going on that the Bible speaks about we should Not be doing. Weed legal in some places, Gay Marriage Legal BUT YET IM JUDGED!!! I'm not doing Nothing for you... My Life!!!!” 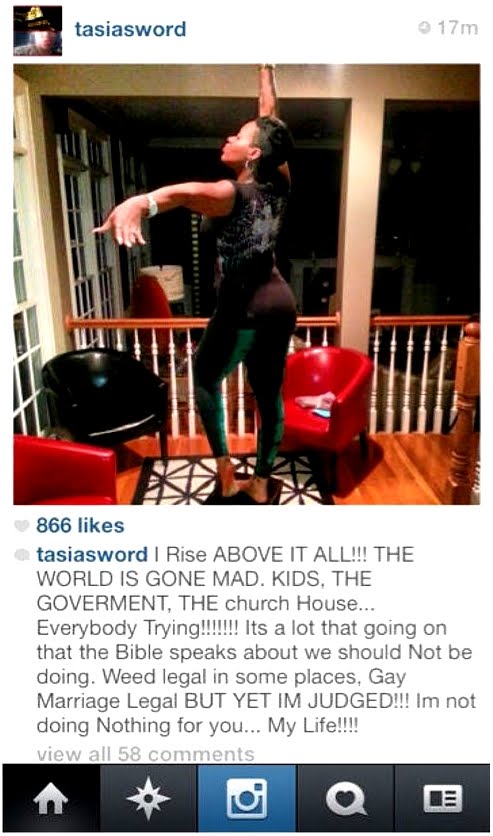 In a statement obtained by E! Online, Barrino said “It has been brought to my attention that something I said was taken out of context.”

She acknowledged her LGBT fan base and urged bloggers to stop publishing misleading posts about her comments.

“I, Fantasia Monique Barrino, don’t judge anyone because I don’t want to be judged. The gay community is one of my largest supporters. I support the gay community as they support me. Bloggers please stop misrepresenting the facts.”