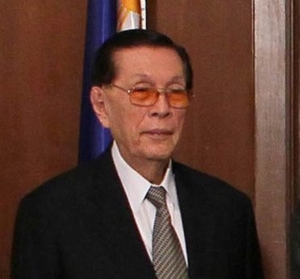 In the middle of a lengthy privilege speech, an emotional Enrile moved to declare the position of Senate President vacant.

The senators who voted to declare the Senate presidency vacant were Antonio Trillanes, Koko Pimentel and Enrile, while those who abstained were senators Joker Arroyo and Bongbong Marcos.