As of 4:00 AM on Saturday, January 12, 2013, the center of Bagyong Bising was spotted 170 kilometers northeast of Borongan, Eastern Samar with maximum sustained winds of 45 kilometers per hour near the center. It is forecast to move north northwest at 13 kph. 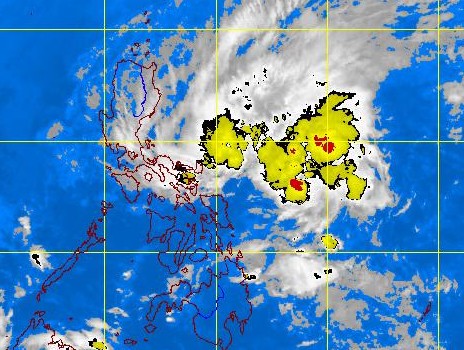 According to PAGASA, the areas having Public Storm Warning Signal are:

Weather experts said the estimated rainfall amount is from 5 to 15 millimeters per hour (moderate to heavy) within the 300-km diameter of Bising.

Fishing boats and other small seacrafts are advised not to venture out into the seaboards of Northern and Central Luzon over the seaboards of Southern Luzon and Visayas due to Bagyong Bising and the Northeast Monsoon, PAGASA added.