At 5:00 pm today, the center of Bagyong Pablo was spotted 110 kilometers Northwest of Roxas, Northern Palawan with maximum sustained winds of 120 kilometers per hour and gustiness of up to of 150 kph. It is forecast to move West Northwest at 15 kph. 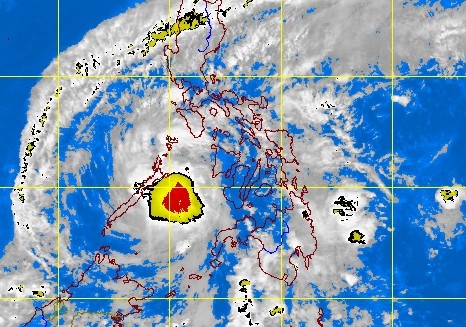 According to PAGASA, the estimated rainfall amount is from 10 to 18 mm per hour (heavy to intense) within the 400-km diameter of Typhoon Pablo.

PAGASA said fishing boats and other sea vessels are advised not to venture out into the Seaboards of Luzon and Western Visayas.