At 5:00 p.m. today, the center of Bagyong Quinta was spotted 80 kilometers East of Coron, Palawan with maximum sustained winds of 55 kilometers per hour. It is forecast to move West at 24 kph. 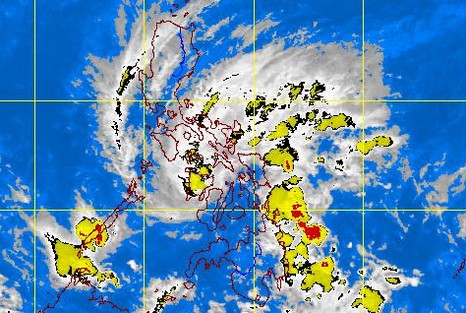 The areas having Public Storm Warning Signal are the following:

Signal No. 1 (45-60 kph winds)
According to PAGASA, the estimated rainfall amount is from 5 to 15 millimeters per hour (moderate to heavy) within the 350-km diameter of the storm.

Fishing boats and other small seacrafts are advised not to venture out into the seaboards of Luzon and Visayas and northern seaboard of Mindanao, the agency added.