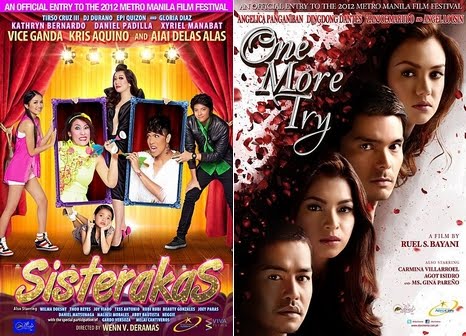 Third is “One More Try” starring Angelica Panganiban, Dingdong Dantes, Zanjoe Marudo and Angel Locsin with P13.6 million earnings. It became one of the trending topics on Twitter a day after nationwide release as netizens say it’s a “must-watch.”

“Shake Rattle, and Roll 14” is next at P10.5 million. The MMDA did not provide figures for the other 2012 MMMF official entries El Presidente, Sosy Problems, The Strangers and Thy Womb.