By Admin
December 11, 2012AFF Suzuki Cup 2012AzkalsfootballPhilippines vs Singaporesports
The Philippine Azkals and Singapore Lions aim for victory for a Finals berth in the second leg of the 2012 AFF Suzuki Cup semifinals on Wednesday, December 12. 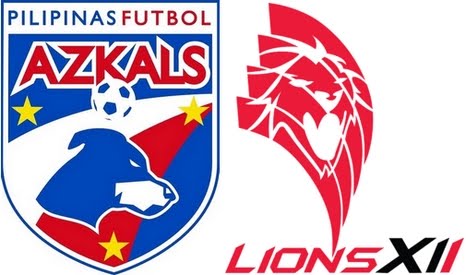 Coming from a goalless game at the Rizal Memorial Stadium last Saturday, the Filipinos will have to face a greater challenge being the away team in Singapore. Plus, the Lion City’s football association only allocated more or less 400 seats for Azkals fans to ensure that the home team’s supporters are not outnumbered.

Sports analysts say the Philippine football team needs to be aggressive and score early so that the Singaporeans would be forced to make two goals to win.

If the Azkals will be able to hold the Lions to a non-goalless draw, say 1-1, the Philippines will enter the Finals. The “Away Goals rule” gives the Azkals an advantage, sportscaster Bob Guerrero explained in a blog post.

Kickoff is at 8PM. We’re hoping that Rob Gier, Juani Guirado, Chieffy Caligdong, Phil Younghusband, Angel Guirado, goalkeeper Ed Sacapano and the rest of the Azkals will play better and finish the game at the Jalan Besar stadium victoriously.

Live coverage of the second leg of the 2012 AFF Suzuki Cup semifinals between Singapore and the Philippines begins at 7:30 pm on AKTV. The game will also be shown on ESPNStar.