Julia Barretto in 'Princess And I'? 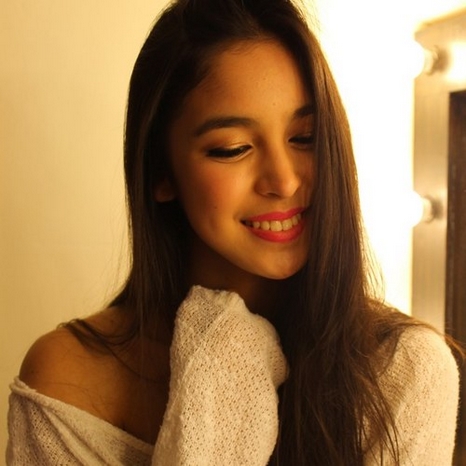 There have been speculations spreading across showbizlandia that the niece of actresses Gretchen and Claudine Barretto will be paired to Daniel Padilla. Rumor has it that she will be playing a character named “Kayle” in the teleserye.

Julia is a contract artist of Star Magic so it’s possible. But the “King of Talk” Boy Abunda, citing sources from the series’ production team, clarified on ABS-CBN’s ‘The Buzz’ on Sunday, December 2, that the 15-year-old is not in the roster of ‘Princess and I’ stars.

Abunda said he sees nothing wrong with Julia’s inclusion in the primetime teleserye, if ever, as the young actress is so beautiful just like her aunts and has great potentials. She “deserves a big break” in show business, the TV host added.