By Admin
December 10, 2012globalnewsNostradamusOppa Gangnam StylepredictionsPsy
There’s a spreading internet rumor that PSY’s hit song “Gangnam Style” has something to do with Nostradamus’ apparent prediction about the “end of the world” on December 21, 2012.

A member of The Project Avalon Forum posted “It seems Nostradamus made a prediction:

From the calm morning, the end will come
When of the dancing horse
the number of circles will be 9.”

PSY is from South Korea. On Wikipedia, “Korea” is translated in English language as “The Land of the Morning Calm.”

PSY’s signature dance move in “Gangnam Style,” the phenominal dance track recognized by Guinness World Records as the most-liked video in YouTube history and recently as the most-viewed music video, is often called by fans as the “horse dance.”

There are 9 zeros in one billion. 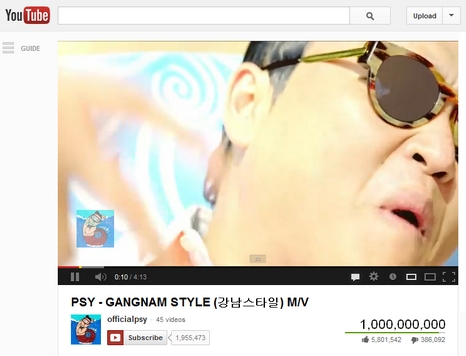 If you read the news today, North Korea is expected to do a second attempt to launch a rocket sometime between December 10 to December 22 to place a satellite into orbit. But the United States and its allies reportedly see it as “a disguised ballistic missile test.”

Do you believe in predictions? Does “Gangnam Style” really have something to do with the alleged prediction by Nostradamus? Share your thoughts.