By Admin
December 27, 2012AcerAndroidglobalIconia B1Specs Features Pricetablettech newstechnology
Acer is reportedly planning to launch a $99 tablet in early 2013. Apparently, the 7-inch Android device called Iconia B1 will be released in developing countries. 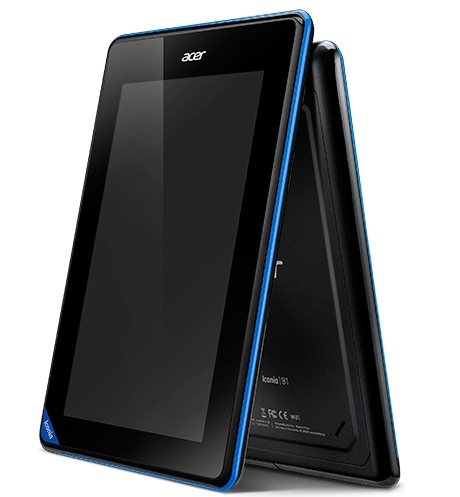 A person familiar with the project told the Wall Street Journal that the tablet will have somewhat similar specs to Kindle Fire and Nook Color, but cheaper. Final pricing, however, will depend country-by-country in consideration of taxes. Once sold in the Philippines, it would probably be worth P5,000 to P6,000.

If specs posted on a Serbian forum are accurate, the $99 tablet from Acer will have a dual core processor at 1.2GHz, 512mb RAM, Bluetooth 4.0, 8GB internal memory expandable up to 32GB with a microSD, and operates on Google’s Android 4.1.2 Jelly Bean OS.

At 7 inches with a 1024 x 600 resolution screen, the Iconia B1 is a reasonably low-cost tablet computer aimed to be offered in emerging markets.

According to the report, Acer also mulls on launching a cheaper version of its Intel-based Windows 8 tablets early next year.