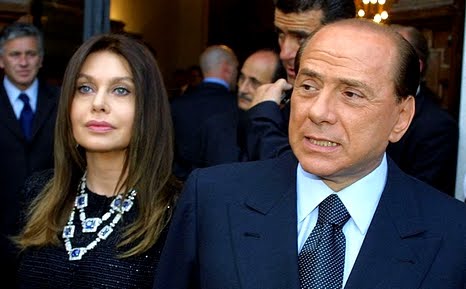 Media reports said Friday the media mogul gets to keep their estate as a stated condition in the legal separation settlement which paves the way for the couple’s divorce.

Lario, who first met Berlusconi in 1980 in a dressing room after her theatre performance, filed for divorce in 2009 citing his fondness for younger women. She also accused the 76-year-old ex-politician of being “unwell.”

The former actress, reports said, described her hubby as “a dragon to whom young virgins offer themselves.”

Lario and Berlusconi have three children. The latter has 2 children from his first marriage. Reports said the media magnate is presently dating a television starlet 50 years younger than him.