By Admin
December 20, 2012globalMexiconewsprison break
At least 22 people were killed during a prison break attempt that sparked a deadly shootout between inmates and guards in the Mexican state of Durango. 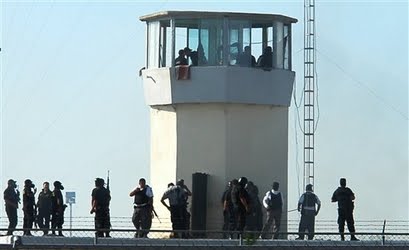 Rivas noted that the number of fatalities could rise as several guards and prisoners are “currently in a critical condition” at the hospital.

An official statement from the department of public safety in the city of Gomez Palacio reportedly said the inmates attempted to climb the back walls of the penal center.

The convicts fired at watchtowers when prison guards made warning shots, according to the statement. An investigation on how the inmates acquired their guns is ongoing.