By Admin
November 29, 2012localNDRRMCnewsRed AlertSouth Korea rocket launch
The National Disaster Risk Reduction and Management Council and concerned agencies have been placed under Red Alert status Thursday in connection with the re-launch of the South Korean rocket. 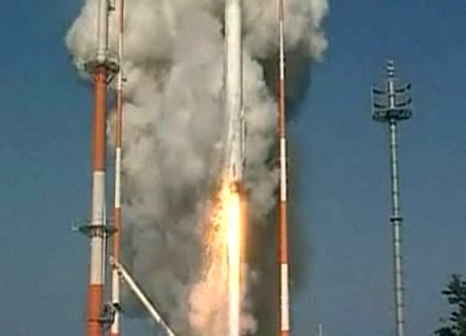 In an update earlier, the NDRRMC cited information from the Philippine Defense and Armed Forces Attache in Seoul that the launching of Korea Space Launch Vehicle-I (KSLV-I) will take place on November 29 at 4PM.

S. Korea’s first attempt to launch the rocket was in late October.

The NDRRMC said the ban would cover areas along the path of the rocket such as the provinces in Samar, Leyte, Surigao del Norte, Surigao del Sur and the Bicol region particularly Albay, Camarines Sur, Camarines Norte, Catuandanes, and Sorsogon.

NDRRMC executive director Benito Ramos said fishermen and maritime vessels will not be allowed to venture into the sea for a period of three hours from 3PM up to 6PM.

Ramos added it is “unlikely” that debris from the rocket will hit land.