By Admin
November 28, 2012BoracayGlobe LTEGlobe Telecompress releasestech newstechnologyTourism
Globe Telecom recently announced that it has achieved a major milestone in its nationwide network modernization by successfully interconnecting the world-renowned island paradise that is Boracay through fiber optics, which is integral in its ambitious network modernization plans for the entire country. 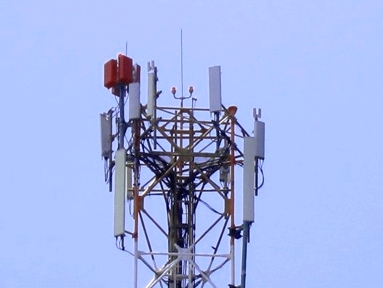 Company officials confirmed at a press conference that this form of communication technology is achieved by means of the two-kilometer Globe Boracay Submarine Cable System emanating from Caticlan in Malay, Aklan.

Robert Tan, Globe Chief Technical Adviser, said that the Boracay fiber optic network will power up cell sites with third generation or 3G and Evolved High-Speed Packet Access or HSPA+ connectivity and readily scalable to support Long Term Evolution (LTE) services. This will intensify network coverage to the celebrated local tourist destination: “This allows transmission at higher bandwidths, translating into a sharp improvement in service quality in terms of call clarity, SMS delivery and data transmission through pervasive third generation or 3G connectivity with HSPA+. In terms of capacity, the fiber-based Dense Wavelength Division Multiplexing system can transmit 80 wavelengths and supports 40 gigabytes per second (Gbps) per wavelength, expandable to 100 Gbps.”

“Our Globe subscribers in the area can now share their vacation experiences through voice, text and high speed data. They can upload their pictures, videos and posts with unparalleled ease as Boracay’s near-limitless transmission capacity will result to superfast surfing, aside from crystal-clear voice calls and real-time text messaging,” Tan noted. He added that “the submarine cable system is engineered for a future-proof Globe network, along with those for the entire archipelago and ready for the next generation communication technology.”

As the project’s technology partner, global ICT solutions provider Huawei Technologies through its Chief Executive Officer and Country Manager Li Wei affirmed that it was their great honor to play a significant role in this important segment of the total infrastructure transformation efforts of Globe, saying that it was indeed a privilege to work hand-in-hand with such an unprecedented undertaking to build a technologically-advanced brand-new network.

“With our strong track record of success and IT expertise having done similar projects in other countries, Huawei’s synergies with Globe are working toward establishing a world-class Asian telco infrastructure to elevate telecommunications further for the Filipinos. This modern network in Boracay is just as an important piece of the rest of the Globe modernization activities currently being accomplished across the country, and we are proud to be involved in it,” he said.

For his part, Globe President and CEO Ernest Cu lauded this development, noting that this further bolsters the progress of the company’s network modernization, which is already nearing 70-percent accomplishment.

“Like our modernized networks in Cebu, Davao and parts of the National Capital Region, we are raising the bar and bringing the same excellent mobile experience to Boracay, which will definitely advance the level of enjoyment of our subscribers in the area. This investment will positively impact the local travel hotspot with more vibrant tourist activities as well as bring-in a better commercial environment for our trade affiliates and enterprise clientele.”

Cu said that the effort will mirror a forthcoming rollout in Palawan, which will also entail in “fiberizing” the entire island. “This enables Globe to deliver its capacity plans and network quality improvements to usher-in superior mobile experience our customers truly deserve,” the Globe chief said.

To commemorate the installation of the Globe Boracay cable landing station, Cu, Tan and other key Globe executives led a ribbon-cutting and blessing ceremony earlier in the day. A special inauguration event was also held graced by the Globe Network Technical Group and Huawei officers. Local government units present hailed the cable landing of Globe, saying that this will definitely create a better-connected Boracay with the rest of the Philippines and the world. Trade partners as well as corporate clients of Globe meanwhile praised this initiative of the company as they acknowledged the benefits of a Globe-interlinked Boracay for their businesses.