According to multiple sources, the former Two and a Half Men star and the ‘Mean Girls’ actress became close to each other on the set of the upcoming horror comedy parody film ‘Scary Movie 5’.

Charlie and Lindsay plays themselves in the said movie which is set for release in the US in April 2013. 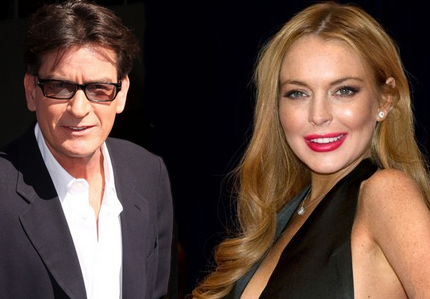 Reports said Lindsay talked to Charlie and opened up about her tax obligation that amounted to $230,000. Entertainment website TMZ said Lohan’s business manager received last week a $100,000 check from the actor for her tax bill.