Opinion: ABS-CBN S.O.C.O. too violent for an afternoon slot

The reenactment of a hostage crisis and thrusting on a victim through with a bladed weapon, with blood on the victim’s neck and shirt and the hostage taker’s weapon, face and shirt shown on national TV, I believe it was too violent for a program to be aired on a time when children are still awake. 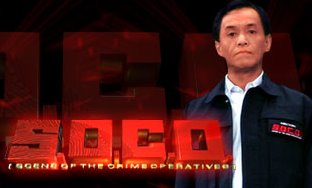 S.O.C.O. has been given a “Strong Parental Guidance” rating by the MTRCB. Under the “SPG” logo are descriptors such as T for maseselang “tema,” L for “lengguwahe” and K for “karahasan” (sensitive theme, language, violence).

S.O.C.O. airs every Saturday at 4PM. In a memorandum issued on August 25, 2011, the MTRCB said shows rated “SPG” are aired from 9PM onwards. That’s very clear.

The review board should call ABS-CBN’s attention regarding this.